When the bells are ringing in happiness, it’s time to send a special gift to some special people. Central Group is teaming up with the Royal Thai Army to continue Million Gifts Million Smiles into its 10th year. Gifts from the heart bring smiles, hope and encouragement, with activities for children and young people in the three southern border provinces and four districts of Songkhla province. Everyone is invited to give to show their love and concern for the children over this New Year holiday and Children’s Day 2020.

Busaba Chirathivat, Executive Vice President of Corporate Communications, Central Group, noted that now Million Gifts Million Smiles had reached its 10th year, the company was grateful to everyone who had given their support to bring this event into being over the years. This included the Royal Thai Army, other government agencies, customers, suppliers, the media, celebrities, artists and the general public in Thailand, who had assembled over 2 million gifts for children of the three southern border provinces impacted by troubles in the area. The company gives a greater priority to seeing every child grow up appropriately with a good standard of living and equal educational opportunities, which are provided by scholarships presented by Central Group to the children every year, to show concern, best wishes and support.

This year, Central Group will continue to emphasize its dedication to create love, unity and happiness in Thai society by joining with the Royal Thai Army to host Million Gifts Million Smiles Year 10, gifts from the heart bringing smiles, hope and encouragement, under the umbrella of Central Tham. The public, the state sector, the private sector and suppliers are all invited to give new gifts such as bicycles, school supplies, sports equipment, stationery and toys to children in the three southern border provinces of Pattani, Yala and Narathiwat as well as 4 districts of Songkhla province: Chana, Nathawee, Thepha and Saba Yoi.

GEN Sittipol Chinsumran, Senior Army Advisor, remarked that the Royal Thai Army had been delighted to be a part of Million Gifts Million Smiles from the beginning to now, its 10th anniversary of presenting gifts and hope to the children of the three southern border provinces. This activity was considered a great act of giving through the cooperation of all groups in society. It has brought hope to the children over the last 10 years of the activity co-hosted with Central Group. The Army has seen the genuine commitment of Central’s executives and staff to do something for the children and young Thai people. They are the model of a private company promoting and giving opportunities for the future of the nation to grow into quality citizens and a force for good,

The launch ceremonies of Million Gifts Million Smiles Year 10 will bring happiness under the concept of “Love Message of a million words is the gift to show love for the children”. Every gift donated will be sorted and transported by the Royal Thai Army to the children’s hands directly on the occasion of the New Year and Children’s Day 2020. This will give hope and support through special gifts to bring endless smiles to the children once more,

Donations can be made for Million Gifts Million Smiles Year 10 to present gifts from the heart to bring smiles, hope and encouragement to children, through the following channels: 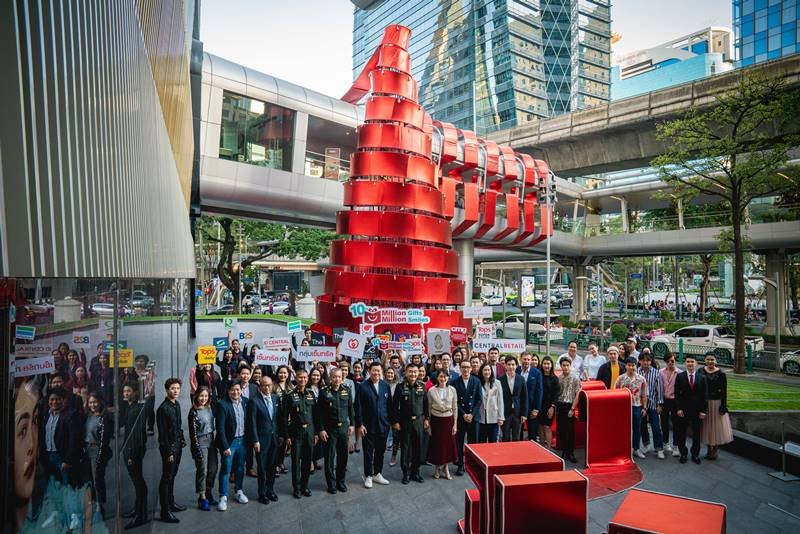 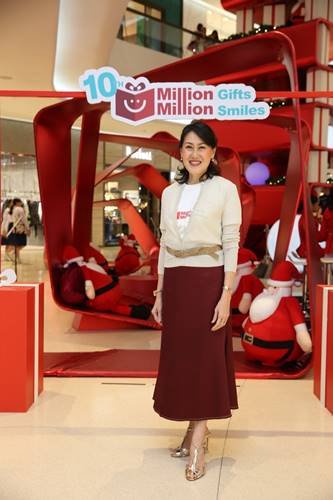