Central Pattana reports Q3 results, stands with tenants and partners to fight through crisis with flexibility while reinforcing its leadership position in real estate sector and sustainability 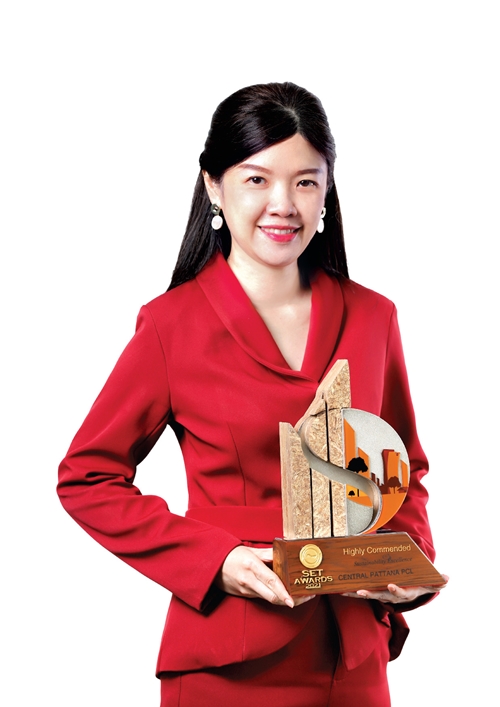 The company attributed the good performance and profit to efficient management, ability to adjust strategies to handle the COVID-19 situation, and the acquisition of Siam Future Development plc. (SF) from a former major shareholder of SF to create a strong long-term growth and expand the business by combining strengths of high-potential projects of SF and CPN.

In addition, the company is committed to operating its business with sustainability and care for all stakeholders, including customers, tenant partners, employees, shareholders, the community and country, resulting in it winning the sustainability award from SET Awards 2021, ranked as a top sustainable stock for seven consecutive years, passing the GRESB sustainability standard for global real estate companies, and earning acceptance from analysts and investors around the world.

Naparat Sriwanvit, Chief Financial Officer and Senior Executive Vice President for Finance, Accounting and Risk Management of Central Pattana, said, “As for the performance results of the third quarter of 2021, the company retained its ability to generate profit despite the impact of the third and fourth COVID-19 outbreaks.”

“As the situation improved and the lockdown was relaxed, people have begun to return to their normal activities and all Central shopping centers have upgraded its public health measures to “Central Hygiene & Safety Safe Plus+” to build confidence of customers and visitors. This resulted in rebounds of 70-75 percent in traffic volumes at most shopping centers in Bangkok and of nearly 100 percent at shopping centers in other provinces,” said Ms. Naparat.

In addition to handling the COVID-19 situation, Central Pattana continued to look for new investment opportunities to grow its business. It recently acquired a stake in Siam Future Development plc. (SF) and became its major shareholder. The SF acquisition will help ensure a strong long-term growth due to the high potentials of SF projects such as various community malls and Megabangna, a Super Regional Mall SF has jointly invested and developed with global retail leader IKEA.

Central Pattana is committed to caring for all stakeholders. It received a “Highly Commended in Sustainability” award at SET Awards 2021 and is ranked a top sustainable stock for seven consecutive years, a streak which began in 2015.

The company has also passed the GRESB Real Estate Assessment for the first time, reaching the globally-accepted sustainability standard for real estate businesses with a “Green Star” in the management and development categories and “Score A” for public disclosure.

“Such sustainability awards and standards reflect on our operation and commitment to building investor confidence. We continue to invest, manage our business with efficiency, communicate with investors thoroughly and transparently, and adjust our plans in according to the situation with attention given to all stakeholders, such as customers, tenants, shareholders, employees, the community and society. We are also ready to join forces with all parties to drive the economy and country together,” said Ms. Naparat.

Central Pattana has been investing in new projects under its plans. It recently officially opened Central Si Racha, a “model mixed-use development project of the future” worth 4.2 billion baht which is the largest and most complete of its kind in the eastern region, on 27 October under the strict “Central Hygiene & Safety Safe Plus+” public health measures. On the opening day, Central Si Racha saw a huge traffic volume of about 30,000 visitors, surpassing its target.

The company is also preparing to open Central Ayutthaya on 30 November this year and Central Chanthaburi in mid-2022. In addition, it is jointly developing the Dusit Central Park project with Dusit Thani plc. and expects to gradually open the complex in 2023-2024.

To maintain financial liquidity and prepare for uncertainty, the company has adjusted its five-year investment plans and business goals for 2021-2025, including plans for new mixed-use development and residential projects which have not been revealed and plans to improve current assets to add value as well as improve efficiency in expense and cost management.

The company is also studying feasibility of other forms of investments, including acquisitions and investments in other Southeast Asian countries like Malaysia and Vietnam and new businesses with high potentials in order to increase income sources and support its plans for strong and sustainable growth. 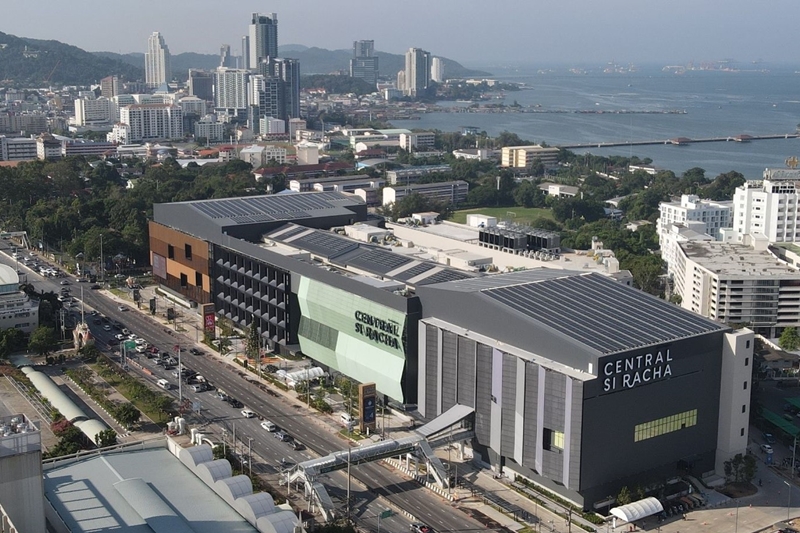