Busaba Chirathivat, Executive Vice President of Corporate Communication, Central Group said Since 2007, The mini marathon had been organized as one of “Central Tham” Projects under the name of Central Group Mini Marathon RUN for LOVE and PEACE. With the collaboration of Royal Thai Army, Thai Health Center and Thai Jogging Association, the event was attended by 6,300 runners. There are three competitions – 9.77 km., 6.78 km. runs and 3.76 km walk for health event.

Proceeds from the event, which starts at centralwOrld, will go to soldiers in the three southern-most provinces and Woman Cancer Project for under-privileged female cancer victims. 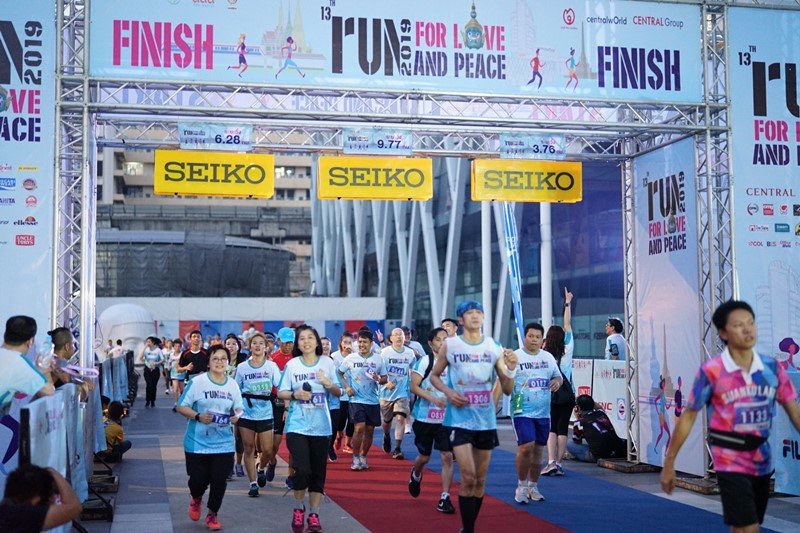