For the auspicious occasion celebrating 67th anniversary of His Majesty King Maha Vajiralongkorn Bodindradebayavarangkun on 28th July 2019, Central Group joins forces with Chulalongkorn University and its network members organizing an honored exhibition titled “The Glorious Celebration of King’s Birthday”.  This activity, a part of honoring our royal institution project, consists of numerous activities such as the King’s biography exhibition, a photography exhibition on the royal coronation ceremony, the royal portraits and multimedia exhibition on HM the King Rama X by veteran and young artists as well as art workshops held at CentralWorld Shopping Complex.

In the event led by Ittiphol Khunpluem, the Minister of Culture presided over the opening ceremony together with Pichai Chirathivat, Executive Director of Central Group as Chairman of the event organizing committee.  The event had gathered many honorable guests from various government offices and private sector contributed to organize the event such as Professor Tongthong Chandrangsu, Kunchit Jitratan, Director of the Office of Art and Culture Chulalongkorn University, Chalitrat Chandrubeksa, Former Spokesperson of the Office of the Prime Minister and the honorary advisor, Pornchai Poonlumlert, Nopadol Achasantisuk, Vice Chairman of Contemporary Photography Foundation of Thailand, Tullapat Limratdamrong, Tullapat Limrattanadumrong, Executive of Canon Marketing (Thailand) Co., Ltd., Yanyong Muneemongkolton, Director of Epson (Thailand) Co., Ltd., and Vithitnant Rojanapanich among many distinguished guests.  The event was serenaded with the impressive music performances by CU Brass Ensemble and CU Chamber Orchestra together with invited artists performing some well-known royal compositions as well as new pieces specially composed for this event.

Pichai Chirathivat, Executive Director of Central Group said “On this auspicious occasion celebrating 67th anniversary of His Majesty King Maha Vajiralongkorn on 28 July 2019 and throughout the month of July, Central Group has joined forces organizing celebratory activities to pay respect and honor Thai royal institution with our unwavering loyalty.  Highlight of the event is the honored exhibition titled “The Glorious Celebration of King’s Birthday” named by Professor Tongthong Chandrangsu, the honorary advisor.  In this event we have arranged many exhibitions to be on display in rotation across the shopping complex until 31st August 2019.”

From 25th – 31st July at Beacon Zone 3, there will be the King’s biography exhibition and art workshops by Kru Gift Kittiya Klangpetch demonstrating watercolor painting on “My King My Hero” theme, painting technique on cloth bag, how to create a chic scrapbook with “Memoir of Our Family” theme, painting honeycomb flower on paper “Blooming Yellow Star” theme, painting honeycomb flower on cloth bag “Love the Earth” theme and Ajarn Dinhin Rakphong-asok will teach painting with charcoal and music performances from both alumni and current students of Chulalongkorn University.

From 24th July – 31st August at Skywalk area connecting BTS at 3rd floor of Zen Department, there will be a multimedia painting exhibition showcasing 45 artworks and 7 sculptures by 50 new gen artists from various professions ranging from sculptor, photographer, graffiti artist, visual artist, illustrator, cartoonist collaborating on the project with the concept of “Glory the Hero (10x10)”.   Many artists such as Arak Onwisai, The Duang-Werachai Duangpla, the Graffiti Artist named Mama Blue, Chanathip Chuenbumrung, Thunyarak Techasrisuthi and Tikkywow or Pichet Rujiwararat will feature their artworks in this exhibition.

The Central Group honoring our royal institution project has been organized to celebrate His Majesty King Maha Vajiralongkorn’s birthday.  We invite all Thais to adorn their houses and buildings with Thai flag together with Royal Cypher with the King’s monogram, Wor Por Ror as well as the royal coronation flag.  There should also set up a paying homage table with HM the King’s portrait decorated with silk fabric in yellow and white colours.  The royal anthem would be played during the auspicious candle lighting activity on 28th July 2019 at Eden Zone, 2nd floor, CentralWorld Shopping Complex and every shopping mall under Central Group across the country.   We have also encouraged our staffs to wear yellow color attire to commemorate his royal grace and express our loyalty towards the institution every Monday throughout the month of July 2019.

Join us paying respect and honoring His Majesty King Maha Vajiralongkorn and admire one of the biggest exhibitions to date titled “The Glorious Celebration of King’s Birthday” from today until the end of August 2019 at CentralWorld Shopping Complex. 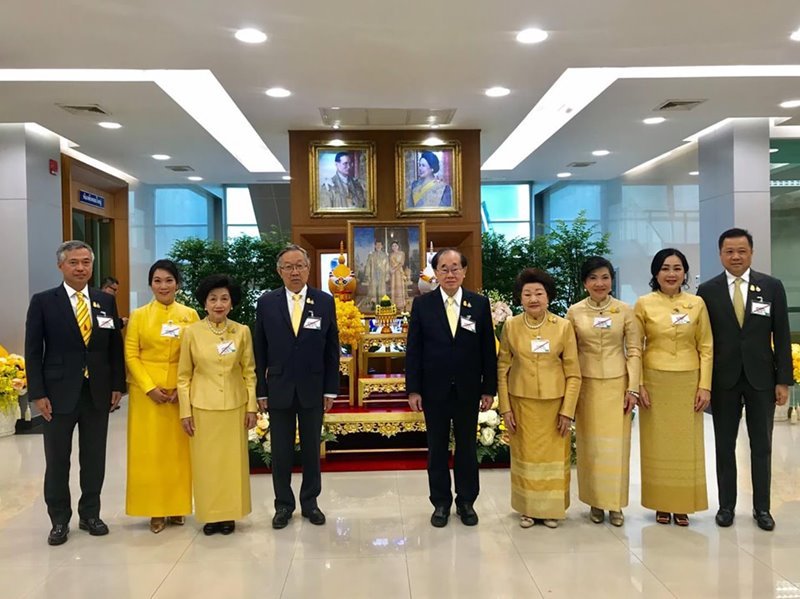 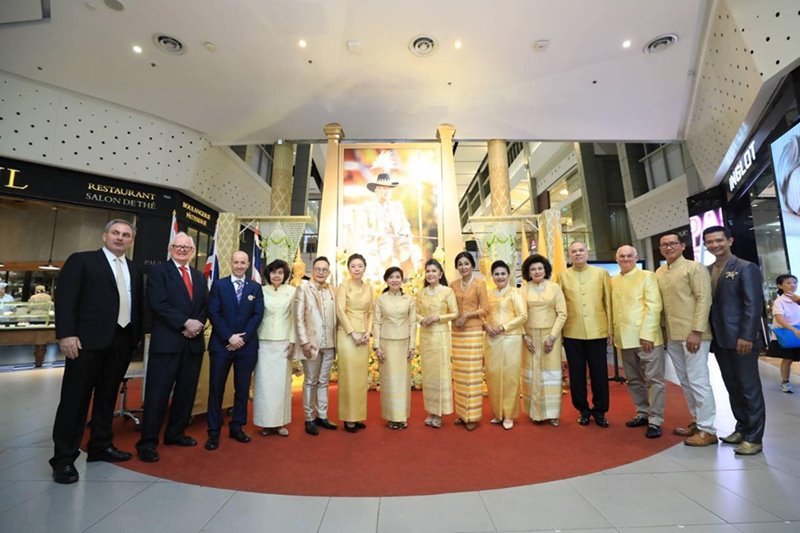