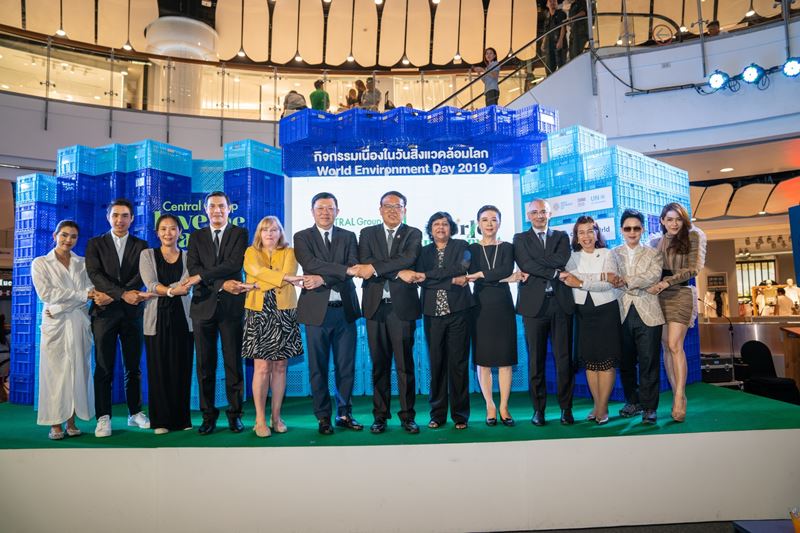 Central Group Limited, in partnership with United Nations Environment Programme, Department of Hygiene, and Ministry of Natural Resources and Environment, presented "CENTRAL GROUP LOVE THE EARTH: WORLD ENVIRONMENT DAY 2019", led by CEO of Central Marketing Group Pichai Chirathivat and UNEP Regional Director and Representative for Asia and the Pacific Dr. Isabelle Louis, who talked about the objectives of Central Group’s World Environment Day activity. The event was honored by Dr. Wijarn Simachaya, Permanent Secretary of the Ministry of Natural Resources and Environment, who presided over the opening ceremony and joined a roundtable discussion under the topic of “Beat Air Pollution: Future Generation”. Dr. Pannipon Wipulakorn, director general of the Department of Health, talked about “Air Pollution and Its Impact on Health and Environment”. Assoc. Prof. Dr. Suthat Rungruanghiranya, President of Magic Breath, discussed “Impact of Smoke and Air Pollution on Kids”. UNEP’s Tunnie Srisakulchairak talked about “Impact and Direction of Air Pollution”. UNDP Resident Representative in Thailand Ms. Deirdre Boyd, Head of the EU Delegation to Thailand Mr. Giuseppe Busini, and EEC Thailand representatives led by environment-conscious actor Chaiyapol Julien Poupart talked about “Youth and Environment”. The event was warmly attended by celebrities such as Nuchanat Raveesangsoon, Nitcha Boonyakorn, and Punyapat Thanomkul.

On June 5, Central Group began to stop automatically giving out plastic bags at all Central Department Stores and its other businesses under the group. It hopes to decrease plastic use by 150 million plastic bags in 2019. With a firm commitment to conserving the environment continuously and sustainably, Central Group will raise awareness and encourage positive change in behavior and attitude among its consumers under “CENTRAL Group Love the Earth” which focuses on three key areas.

1. Journey to Zero reduces waste and its environmental impact. 2. Central Green will add green space around Central Group’s premises to reduce pollution and produce fresh air. 3. Forest Restoration supports forest restoration in partnership with Department of Forest and WWF through Forest Landscape Restoration Fund 349 (FLR 349) in Nan province to restore three types of forests for four benefits, following His Majesty King Bhumibol Adulyadej’s royal initiative. A total of 200 rai of forest will be restored under the project. Additionally, Phu Chee Duen forest in Chiang Rai, which covers an area of 500 rai, will also be restored, while mangrove forest will be restored in Bang Khun Thien, Bangkok, covering an area of 13 rai. There’s also a project in Khung Bang Kachao in Samut Prakarn province with an area of 63 rai. The total area of forest restoration projects is 776 rai. All these projects will be done within 2020 to create a healthy ecosystem and add oxygen to the air, in line with UNEP’s pledge to “Beat Air Pollution” for better quality of life and environment.

“I hope that this campaign will raise awareness among retailers, Thai society and other industries to care more about the environment and recognize the graveness of plastic waste issues. We hope to restore nature’s balance and help it return to its best condition sustainably,” said Pichai.

UNEP Regional Director and Representative for Asia and the Pacific Dr. Isabelle Louis, said that the UNEP commends BMA’s project to plant 100,000 trees in Bangkok within 2019 to add green area throughout the province for its people to have a better environment. Thailand is faced with air pollution issues, like other countries around Asia Pacific. Bangkok has a lot of pollution, and to tackle this issue, it requires collaborative efforts with great partners. One of the private companies which have initiated projects to reduce environmental problems is Central Group, and the UNEP appreciates the “CENTRAL Group Love the Earth” campaign which helps reduce the use of plastic bags. This effort can significantly reduce plastic waste and its environmental impact, as part of its Journey to Zero initiative. Central Group uses international practice to reduce both food waste and plastic waste. We should keep in mind that we’re all part of the solution, and environment conservation begins with us. 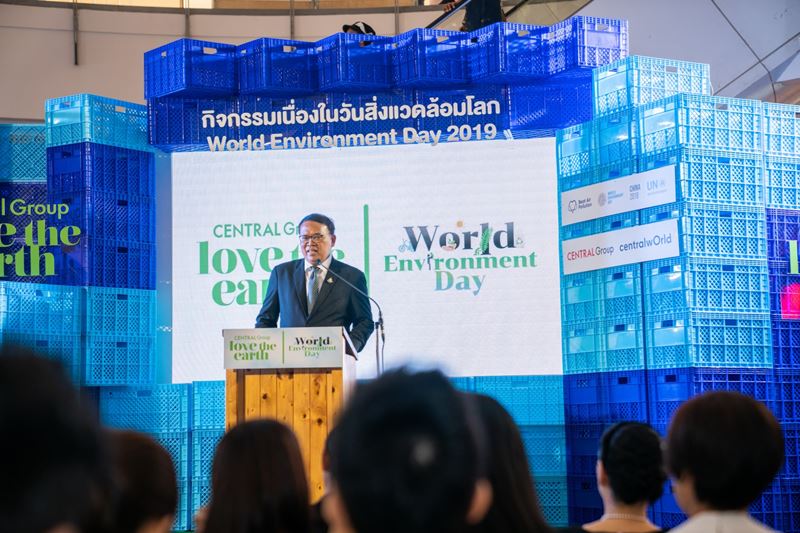