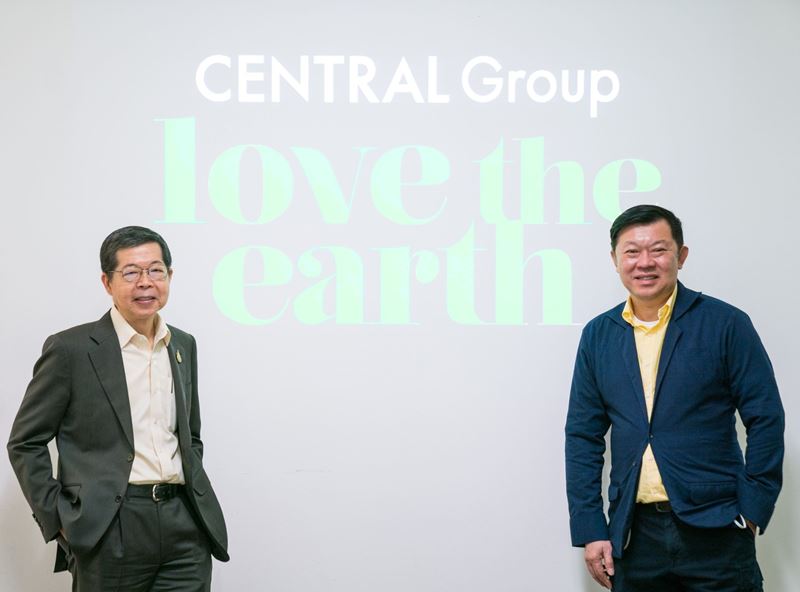 Did you know? In 2018, Thailand generated around 2 million tonnes of plastic waste. That’s not all - Bangkok was also ranked as the world’s 23rd most polluted city, and has the worst quality of water in the country. Looking at Bangkok’s waste in 2015, the city generated 27 million tonnes of waste, and only 31% was properly managed. These things have a negative impact on the environment, and the government has made the environment a national agenda which needs to be dealt with urgently.

Central Group has always recognised the importance of taking part in saving the environment and is committed to being a role model in sustainable development in retail and service industry, starting from within the organisation. In 2019, Central Group will drive a change in creating a greener world through its environmental campaign “Central Group Love the Earth”.

Dr. Prasarn Trairatvorakul, President of Central Retail Corporation Limited and advisor of Central Group Sustainability, says that businesses today must take social responsibility as a priority, focusing on building sustainability in four areas: people, planet, peace and partnerships. Today, environmental issues are closer than ever, and we need to raise awareness and drive change to solve this problem.

Retail and service businesses involve a lot of parties, both private and public sectors. To help Central Group achieve its goal of driving sustainable change in natural resources and environment management, the group has set a framework consisting of four key areas: climate change, resource efficiency, waste management and value chain management, to ensure that its business growth comes with sustainable environment for the next generation.

The four key areas are in line with the United Nations’ Sustainable Development Goals, namely Goal #13 on Climate Action, Goal #12 on ensuring sustainable consumption and production patterns, Goal #11 on making cities inclusive, safe, resilient and sustainable and Goal #6 on ensuring access to water and sanitation for all.

Pichai Chirathivat, Executive Director of Central Group, said that as a leader of Thailand’s retail and service industry, the group has always recognised the importance of saving the environment throughout its 72 years’ history. Central is committed to being a good role modern in sustainable environment conservation. In 2019, the group is committed to seriously tackling environmental issues through Central Group Love the Earth campaign to make a difference in organisational, community, and macro levels, through three main projects:

1. Journey to Zero - An effort to reduce waste and minimise environmental impact through business, focusing on two approaches:

2. Central Green – Landscape improvement around its premises, with parks, canal-side area integration, grease trap, and water treatment for canals near its stores. The first location was on Vibhavadi Rangsit - Ladprao Road with water treatment and landscape improvement project. Today, Central has completed 31 of such projects, covering an area of 70,000 rai, with plans to expand to 24 more places and to renovate the landscape around Family Mart stores.

3. Forest Restoration – Restoring forests such as Bang Khun Thien Forest Project on 36 rai of land, Khung BangKachao Project on 23 rai of land, Promoting Sustainable Production Practices in Nan Forests in which 200 rai of land undergoes a forest restoration effort together with World Wildlife Fund in Nan province, and Phu Chi Duen Organic Coffee Plantation in Chiang Rai which covers an area of 500 rai.

Central Group believes that saving the environment sustainably comes from us before spreading to our communities and country, to create a greener and cleaner world for the next generation. 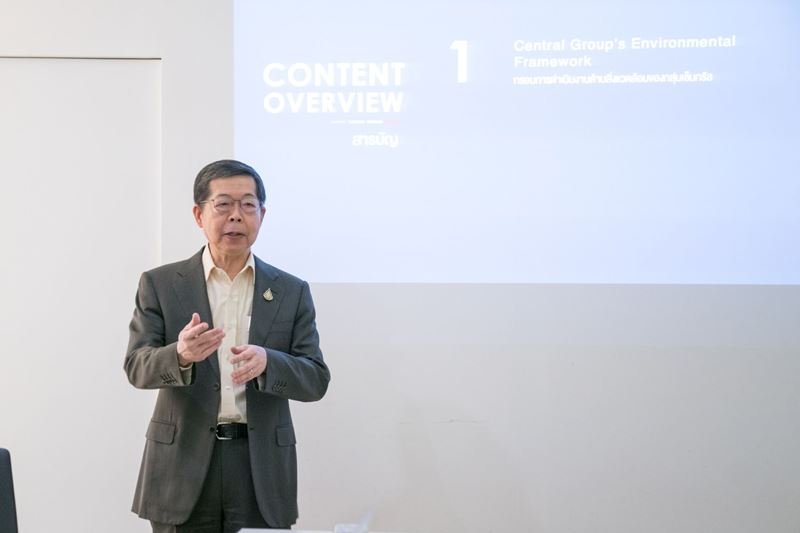